I couldn’t believe I was even contemplating this.  What the hell was I doing?  This was a really bad idea!  It was so wrong!  It was so sick!  It was so….dangerous!  But the allure of it still tugged at me like the most potent drug on earth.  Was I really going to do this?  I absolutely shouldn’t!
But I had come this far.  Turning back now would be no problem at all.  In fact, turning back would be the best thing I could possibly do.  But as much as I wanted to turn back…as much as I knew I absolutely should turn back, somehow I still sat there, totally captivated by the temptation of what I was contemplating.  The pull, the need…the danger.  The thrill!
What would everyone think of me? What would they say?  What would they do?  Would anyone here know me?  I certainly hoped not!  But it was now ten thirty at night and the parking lot was nearly empty.  Nearly, but not quite.  The place would be closing in another half hour.  Through the windows I could see a few other people still inside.  If I went in, would they notice?  I knew they would see me…but would they notice anything else?  I could only pray they wouldn’t.
I had somehow found the courage to actually leave home and try to do this.  It was now or never.  And I knew that never was the better option – by far.  But the drug.  The pull.  The…absolute need!  It still drove me to do the unthinkable.
I took a deep breath for courage and opened my car door, my eyes still locked on the few people inside.  I left the safe confines of my car and closed the door after me, locking it out of habit.  The cold January wind assaulted me, but my mind was so occupied with what I was doing that I barely noticed.  I knew it was doubtful that anyone would notice as I approached the place, even though I had no doubt it would be a distinct possibility.  But once inside, it would be a different story…and I still prayed that I would be able to get away with it.
With my heart in my throat, I took a few steps toward the Arby’s Restaurant in front of me, and immediately heard the sound of my heels on the pavement.  Another give away.  But I kept going, all the way up to the side door.  I opened it, and entered. 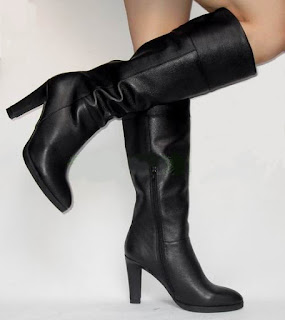 
It’s come to my attention that people are having trouble posting comments to my blog.  I’m sorry about that.  I think the problem is that I’ve always kept the settings for the comments so that I have to see and approve them before they get posted.  Evidently this is confusing people when they get the notification about that.

I try to stay on top of any and all comments, although since I get so few that’s not exactly difficult.  I allow any and all criticism, even the few that hate what I write.  What I don’t allow is spam or anything that I think might link to somewhere unsafe…and I’m an IT guy so I look into most links that people try to post to the comments before I allow them.

BUT…since people have mentioned the difficulty they are having with posting comments, I’m going to try opening the settings for them up and I’ll just have to make sure I keep looking at everything that gets posted.  Trust me, I really do want to read any comments you may have!

So…I THINK I’ve got my comment settings set so that they will now show up without me moderating them.  Someone try it and we’ll see.

So with that said, “The Domination of Michael” starts tomorrow.  And yes Rachael Bell, you better have plenty of that diaper rash cream ready.