The Domination of Mister Mike
By Karen Singer

“Now the dress!” I heard Amanda yell.  And to think I was starting to think I liked that girl.
My top was removed and I had to put on my busy patterned print dress.  Both of my dresses were long sleeved – purposely, to hide my masculine arms better. 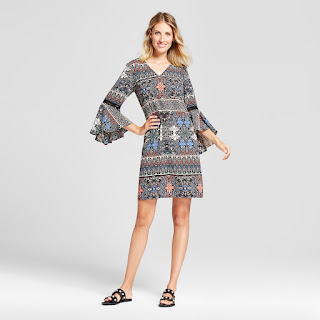 Posted by Karen Singer at 2:54 AM No comments:


The Domination of Mister Mike
By Karen Singer

Fool, buffoon, nitwit, clown, idiot, jerk, moron, asshole…the names I had for myself went on and on.  None of them were kind in any way at all, but I mentally referred to myself with them liberally.
My feet were absolutely killing me again because I was stuck in those five-inch heels.  It’s amazing how much you can absolutely long to do nothing more than bend your toes once in a while.  It had only been since the day before, but after spending another rather agonizing night stuck in those shoes again, I was almost ready to tell Ashley I’d do anything at all, no matter what, just for the chance to bend my toes for just a single minute.  I was that desperate!
But as bad as my feet were, they were only part of my problem.  I was still stuck in the same diaper from the day before because Ashley thought it was funny to see me wearing it until it started leaking.  Have you any idea how uncomfortable it is to have that much bulk stuck between your legs?  Yes, okay, it did fuel much of my morning humping exercises, but once I got past that, it was nothing but uncomfortable and aggravating.  I certainly couldn’t walk even close to normally.  And the constant rubbing and pressure against my legs was beyond annoying.
I asked Ashley the moment she got up…I begged her the moment she got up, to let me out of those shoes.
“No way!” she laughed.  “Not till you have to go to work.”
“How about my diaper, can I please take it off now?”
“Are you kidding?  Forget it!  You’re not going without a diaper.”
“Then can I at least change it?”
“Is it leaking?”
I double checked.  “Not yet, but I’m sure it will soon.”
“Then you don’t get to change it.  Not till it’s leaking and I say you can.
“But I need a shower…bad!”
“Tough!” she giggled.  “You can wash yourself off the way you help me every morning instead.”  Then she laughed again.  “I think that’s only fair.  If I can’t take a bath, then why should you?”
The girl was absolutely infuriating!  And then she made it even worse!
“I wonder,” she said, a little too slyly as I was helping her get settled in her chair, “if that diaper will start leaking first, or if you’ll mess in it first.”
“Mess in it!”
“Of course!  Don’t think you’re going to be allowed to take it off for that!  You don’t take it off till I say you can!”
I had a thought.  “If I mess in it, do I get to finally change it?”
“Not until it starts leaking.”
“But it will smell!”
“Of course.  And that’s going to make you even funnier!”
Darn girl!  I went straight into the kitchen and fixed myself a cup of coffee – and drank the whole thing as fast as I could, just to help me pee sooner – so I could get out of that diaper sooner.  How much were those diapers supposed to hold anyway?  I was sure I had passed that point ages ago.  The last batch of diapers I had bought certainly wouldn’t have been this much of a problem!
Fortunately, shortly after finishing that cup of coffee, I did manage to pee again, and my diaper did finally leak a little.  But Ashley had to double check it to see it for herself.  And of course she took the opportunity to grope my diaper all too thoroughly while she did it.
“Are you comfortable in that thing?” she asked with a giggle.
“No!  It’s awful!”
She laughed.  “Get used to it!  ‘Cause I absolutely love seeing you stuck in it.  And the way you have to waddle around everywhere is totally hilarious.”
“Can I please go change now?”
Fortunately, she agreed.  Not only that, I got permission to clean myself up as best I could, and then find a clean blouse to put on.  Just nothing to cover up my diaper.  I was grateful, but what I really wanted was a good hot shower…not to mention getting out of those darn heels!  I did take a few minutes though to sit on the toilet so hopefully messing in a diaper wouldn’t be one of those issues I’d have to deal with.  I just didn’t bother telling her that.

Posted by Karen Singer at 2:44 AM No comments: